WARNING: Contains alcohol and drug use, bad language and a hot biker chick.

Acelyn is a bitch. That's about as obvious as a sunrise. She likes to kick people when they're down and when they're up, too. Eventually she warms up, but her first impressions aren't very impressive. Some say she's testing people to see if they really /do/ give a shit enough to put up with her. Others just say, as stated before, she's a bitch. However, when called that, she corrects them saying "A biker bitch."

The Flame Assassins are masters of wielding fire. They can shape it into any object and use it for almost any purpose. Acelyn was born with this power and has recently been learning to use it more than just someting to light houses on fire with or to light cigarettes.

Acelyn's psionic abilities come from the psychic connection she and her sister have. If their connection is ever broken, they'll go insane, its what keeps their minds put together.

When Lian met young Abigail Holland, the daughter of a wealthy business man, he knew it was love right from the start. Sadly, their love wasn't supposed to be. Lian's parents strictly forbiddend him from pursuing any sort of relationship from the young English girl. Lian had always had a rebelious streak in him, so he refused to listen to what his parents had to say on the matter, and instead went to see Abigail whenever he could sneak off. After a year, Abigail eventually became with child. After Abigail's parents had rejected her, her and Lian ran away together, deciding that they could raise their child in the peace of the countryside. Their plans took a downfall nine months later after Abigail died in child birth and ended up having twins. Lian was lost at what to do, he did not know how to raise a child on his own, let alone two, and ended up going back to his parents for help. At first his parents refused, thinking of him and his daughters as a disgrace to their family, but Lian's mother eventually caved after seeing something in one of her granddaughters, Aaryn. Lian did not go without punishment, his father had sent him away for a few months, and when he came back he was the coldhearted man his parents always wanted their son to be.

Bingwen's School for the "Troubled" 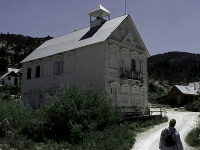 Acelyn was born fire, not ice. It didn't sit well with the grandparents. It was odd discovery when they attempted to get her to freeze something, when instead she lit it on fire. Their father fought only a little against it, but easily caved in due to his new personality.

She was taken away from her twin sister Aaryn and sent to an old beaten down school. /Some/ even say it's haunted, too. She stayed there, but never liked it. She was teased most of the time because of her "English" name and eventually was just called 'Lin'. Once she hit her teenage years, she lashed out in a rebelion; messing with the teachers, playing pranks, and always ending up having to clean the toilets and floors. As she got older, her pranks began to get rougher. More mean spirited until she eventually burned the school down. Some of the teachers were killed in the fire but all of the students and the rest of the teachers had gotten out in time. 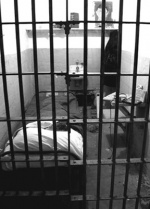 Bad To The Bone

After the burning down of the school, Acelyn hiked her way back home to her family and once she returned home, she was still not very welcomed. And her actions towards the school caused her jail time. It was even stated she would be put to death for those actions. The school always felt like a jail to her, but being in an actual jail is much different. There were gangs in it just looking for some new meat to rip apart.

There was a woman in the jail cell next to her. She could never see her face, but she talked to her every night. They talked about family, life and everything. Even about cars and motorcycles. They'd talk a lot about that. Ace grew an interest in it and vowed once she gets out to be able to make one. The woman told Ace to stand up for herself and turn her back on the world, because it's always done that to her anyway. She eventually agreed.

During lunch, she stood up on a table and starting screaming. Screaming what? Nothing. Just screaming. She screamed, walked along, and knocked things over. The prisoners were too in shock to say anything, but the guards began to yell for her to stop. She didn't. She continued screaming, knocked over things, causing a riot. The other prisoners began to join in. Then, she went dead silent. One of the guards had shot her right in the shoulder.

She recovered but was now more accepted by the other prisoners. But after two years, she was let out. 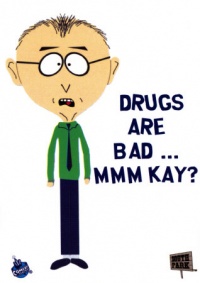 Acelyn didn't know the reason behind how she got out, but was pretty happy to have fresh air again. She returned home with a piercing on her eyebrow and four on each ears. Her sister had been training as a Frost Assassin and her personality began to become as cold as her hands. They rarely got along now. Also, she thought Aaryn's fiance was totally not cool. Their father had become a higher rank in the Frost Assasins and was rarely home as well. And, of course, the grandparents still did not approve of her fire powers and they were ashamed of her even more after the school burning.

But.. even with this new look and attitude.. Acelyn couldn't help but feel bad for being rejected from her family once again. She lashed out again, but instead of causing damage to others, she caused damage to herself. Heavy drinking and drug use. She continued like this until it almost cost her life when she almost OD'd. Luckily, Aaryn was there to bring her to help. Even though they had their differences, they attempted to stay close for each other's sake.

It's a mystery how Acelyn became an apprentice to the Flame Assassins. It could be more rebelion against her family for shutting her out, or she was just bored and wanted something to do with her life. Either way, she's rising quickly in the ranks.

On an assassination gone wrong on Aaryn's part, the twins were forced out of China. Their grandparents and Aaryn's fiance were murdered by a powerful gang leader named Xue. They ran to a city called Paragon. They learned better English there and even learned to micmic the American accent. Aaryn was mostly off doing her assassinations while Acelyn worked in a chopshop. She loved it so. She could mess with all the engines she wanted, while causing crimes to get them. She even turned a tractor into a beast. But it exploded. Que sera, sera.

Her drug use had calmed down during this time. The near OD had knocked some sense into her, but it was refreshing to start over in another place. That is, until Aaryn was arrested for an assassination. That means Ace had to pack up and leave again. And so she did. She explored America to the bone. She learned that she loved the big cities, such as New York or Las Vegas. New York was her favorite by far, though. But.. she got into drugs yet again. Not taking them, mind you, but dealing them. A lot. She made good money off of it and continued for a little less than a year. Oh boy did she love America.

Once word of the Zig break out, Acelyn knew her sister was probably out. Plus she missed her, but don't tell anyone. (Also she got in some trouble for her drug dealings) So she traveled to the Rogue Isles to meet up with Aaryn and is currently working under Ghost Widow because she's kinda cool. 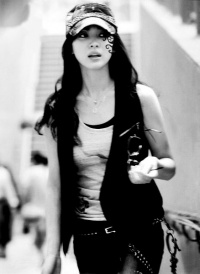