The character of Cyph'on was created by Cyphre years ago as a sort of Captain Marvel (SHAZAM!)-inspired hero... a cop who had been given the powers of various gods of death (or the underworld) of various ancient mythologies.
He was then revamped as the cast-out sole champion (and human/neronir half-breed) of E'rath (alternate Earth) in a dimension where magic is prevalent and malevolent dark gods ruled.
He was revamped yet again as an ancient but benevalent alien artificial intelligence posing as a human entrepreneur and superhero in the SG called StormForce.
...Then that was scrapped as well.
After this most current revamping, I hope that since I've figured out a background I truly like (and will most likely keep) he'll become a natural and fun addition to the SHIELD-influenced, paramilitary-psi-arcane-super-themed SG, S.C.O.R.P.I.O..

An extra-governmental intelligence and security organization formed to meet the rising storm of exceptional threats beyond the usual scope of normal law enforcement and military forces. SCORPIO is dedicated to protecting the nations and peoples of Earth from terrorists and all technologically-advanced, extraterrestrial, psionic, superhuman, occult, paranormal and supernatural menaces, and often assists such organizations as Alpha Watch and The Cerulean Legion in apprehending threats to national security and world peace.

S.C.O.R.P.I.O.'s founders, Paul Grant and Jack Slayton, built the organization from the ground up as a streamlined agency small enough for them to personally oversee and protect from corruption. It has since very quickly grown into one of the world's most powerful paramilitary and intelligence protectorates, reaching covertly into national governments and forming strategic alliances with superhero groups... while always maintaining independence and deniability. SCORPIO has also become a valued contact between the superhero community when government-related information is required to deal with a crisis.

Though only in his mid 30's, Pratt is already a seasoned veteran and a gifted covert agent with exceptional skills. A former U.S. Marine Lieutenant with an impressive combat record, Pratt underwent Reconnaissance, Force Reconnaissance and Scout Sniper training while in the U.S. Marine Corps. He attained dockets that permitted him to train with the U.S. Army Airborne School and the U.S. Navy Underwater Demolition Team, becoming qualified as a Navy SEAL. A list of Pratt's training/schools is as follows:

With his training, Pratt is well-versed in conventional and unconventional warfare, proficient in not only basic infantry skills, but in special operations which includes the use and maintenance of specialized firearms and explosive ordnance. He is also thoroughly trained and experienced in guerilla warfare and counter terrorism. He is highly trained in various forms of camouflage, stealth and infiltration into heavily-guarded enemy territories and structures for the purpose of Search and Destroy, Combat Search and Rescue or Reconnaissance missions. Pratt is a skilled Paratrooper and Frogman. His hand-to-hand combat skills are more than sufficient to allow him to incapacitate and kill men much stronger than he is, as well as to deal with groups of armed and unarmed enemies, killing them all without weapons if he deems it necessary. 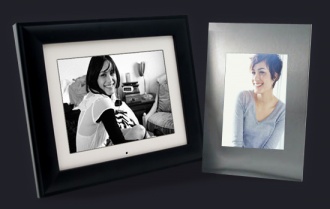