SUPER-GROUPS :
(in alphabetical order)
Formed in March of 2006, The Cerulean Legion is a themed SuperGroup with a moderate, RPG-medium to heavy community of players. The idea behind The Cerulean Legion was inspired by the "space-cops" paradigm in comics, found in such groups as Green Lantern Corps, Darkstars, and Nova Corps. While we are influenced by these examples, we are also careful not to copy them in any direct manner. Besides not wanting to be trite and redundant, this leaves the door wide open for a great amount of creativity and roleplaying opportunities while giving us a solid structure upon which we can build our mythos.
(Strategic Command Objective for Research, Protection + Interdictive Operations)
An extra-governmental intelligence and security organization formed to meet the rising storm of exceptional threats beyond the usual scope of normal law enforcement and military forces. SCORPIO is dedicated to protecting the nations and peoples of Earth from terrorists and all technologically-advanced, extraterrestrial, psionic, superhuman, occult, paranormal and supernatural menaces, and often assists such organizations as Alpha Watch and The Cerulean Legion in apprehending threats to national security and world peace.
I'm not going to lie to you... I don't really know what StormForce is all about anymore other than that The Hornet runs it. I think it may be a front for Operatives who investigate and take down rogue or corrupted 'superheroes', like a secret internal affairs division for metas, albeit an unsanctioned one. *shrugs* 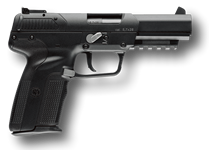