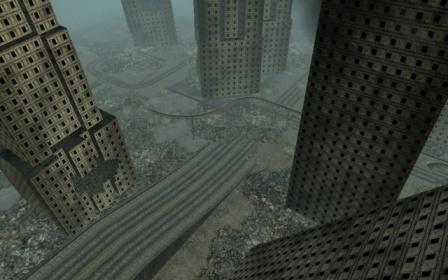 Downtown area of Brickstown after the explosion

PARAGON -An explosion has killed nearly two thousand people in the Brickstown section of Paragon City. At approximately 10:45 PM EST, a powerful blast destroyed several blocks in what authorities now believe was a test firing of a Psychic Bomb.

Along with the nearly two thousand people that were killed, there with hundreds more injured. Early reports have several rescue workers referring to the state of the survivors as “disturbing.” Although the physical damage was concentrated only to a several block radius, there are reports throughout Brickstown of what the PPD is classifying as a “massive mental assault.” Paragon General is reportedly overloaded with thousands who are suffering from what emergency room personal are referring to as “severe psychological trauma, namely a subverted state of consciousness, a hypnotic state.”

Freedom Phalanx member Positron released this statement on the subject of the attack, "The cause of the blast was most obviously a test firing of a device designed to cause mass destruction and psychic chaos. We shall continue to pursue the perpetrators of this vile act of terrorism and bring them to justice."

Another hero of note, Captain Vendetta also made a brief speech after the explosion.

"Good day citizens of Paragon. I come to you in a time of sorrow and mourning. As most of you know, Brickstown was the target of a terrorist attack the other day. We are still gathering all the facts at this time and my team is working as hard and as fast as they can to get to the bottom of this attack. This is a terrible tragedy and a great loss to the city of Paragon and America as well. For now the best thing to do is for us to keep living our lives and return to work and school. Freedom is something we cannot let those terrorists take away from us. I am doing everything I can to keep you safe, Paragon, and will continue to do everything to keep you safe. God Bless Paragon." 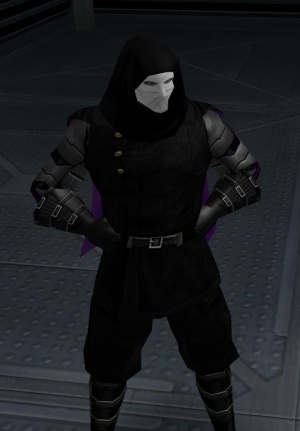 Agonus the mysterious leader of the Supreme Society was the first to issue demands after the bomb detonated.

Several groups immediately claimed responsibility for the explosion, among them the Council, the Nemesis Army, and a group not known to operate in Paragon City that calls itself the Supreme Society. The Society's claim came first, and investigators have gone on record that the Society’s claim is the most credible.

The Society’s self proclaimed “leader”, a masked man who goes by Agonus, released a statement Wednesday. The statement threatens further attacks towards the city unless the city “capitulates” to the Supreme Society. The statement also referred to the apparent cause of the Brickstown explosion to a device they call the PAED.

Alleged member of the Supreme Society, Gila, had this to say as he was seen staking out the apartment of a known hero in Skyway City from a anonymous source, we called authorities later, but he was not found

"What? oh...that scheme? We did it, plan is don't give up the city and it's heroes to us, we level the place, now go away. You're giving away my position and I can't take my eyes off that door..."(sic)

Another detail investigators noted is the quick response from the Tyranabillan embassy. Count Logan vonDrake was one of the first to offer his condolences to Paragon, saying:

"It is with deep regret that we mourn the dolorous fate of the servile beings of Paragon. It is indeed regrettable that the so called protectors of this city are incompetent and are unable to prevent such deleterious disasters from occuring. We pledge our aid, and offer our sympathy."
Retrieved from "https://virtueverse.net/wiki/Doctor_North/Paragon_Times/PAED"
Category: Story