Seekers of the Void 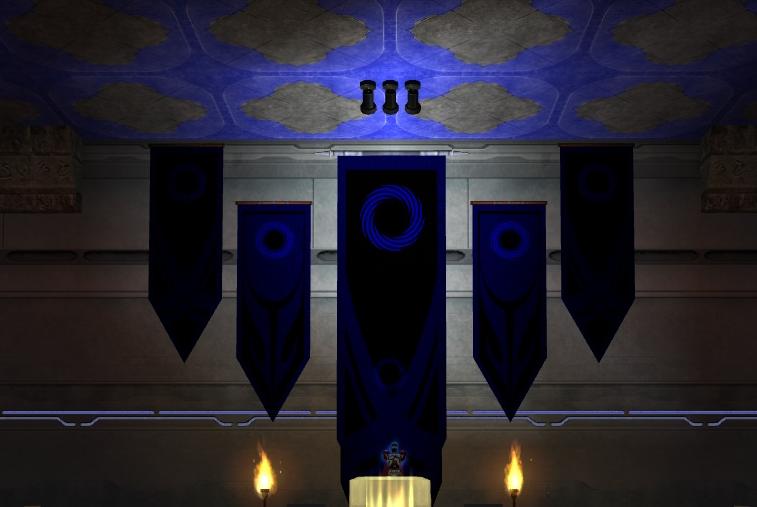 The Seekers of the Void - an ambiguous name for an ambiguous group of villains. Or rather, it was at one time long ago. The old group has disbanded, most members killed after an Arachnos strike spearheaded by Iceciro and World Eater DuLimmar long ago. After the inhabitants were disposed of, either through death or through lifelong imprisonment in one of Arachnos' cells, Iceciro and DuLimmar took the old base and modified it to suit their needs.

While the name is less than optimal, Iceciro has spent so much time setting the defense of the base in his near-neurotic panic that to set up another would be tedious at best at this point - though Iceciro is considering moving, getting the material to set up the same sort of dual-blocking walls that pervade his secret laboratory and homebase is going to be nothing short of mind-boggling in it's logistics issues.

The Seekers of the Void Base is where Iceciro does most of his technological work, as it is shielded from Psionic and Technological location, in addition to having his Iktir Lab - where he does all the work on his suits. It is assumed the base may be mobile, or, even more incredibly, extradimensional, as it is currently nowhere near where the original intelligence stated it would be, and Iceciro's modifications have made it further untraceable - even Recluse himself has no idea where it is currently, a secret each member is beholden to keep. The base serves as a home and safe haven for those who call the Seekers home, and even Midnight Solace, the groups most Arachnos-loyal member, does not share the secret with others - even she realizes the need for a place to call home should Arachnos turn a cold shoulder to her.

Iceciro, leader of the group which savagely attacked the base's original and long forgotten inhabitants, is known best as being "The Power Leech", the creator of the unique Iktir Matrix - which allows him to leech the energy of his enemies and in many cases, invent new suits which allow the wearer to copy the stolen powers! At current, the only person wearing Iktir Matrix created suits is Iceciro himself.

A savage being from another world sent to subjugate earth, DuLimmar formed an odd bond with the metal man, Iceciro, due to their mutual lust for power. Even a being as massive and strong as DuLimmar needs allies, and while they might not share the same final goal, he has banded with the Seekers in order to have a headquarters and someone to back him up in case the unfathomable and the Eater of Worlds finds himself in too far over his head.

Out of all the Seekers, DuLimmar is most connected to Iceciro as a person, and they enjoy thrashing heroes together. 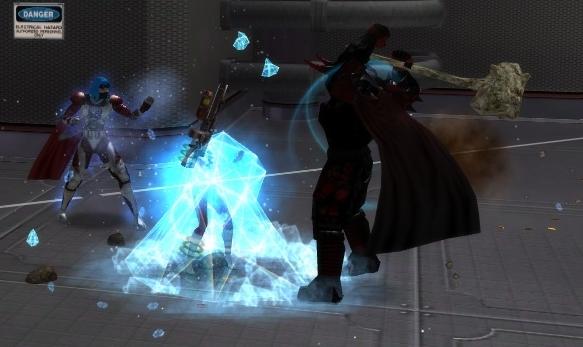 Midnight Solace is an Arachnos Operative working for Ghost Widow, and unfortunately for both parties, currently and often shoehorned into working with Iceciro, who she does not get along with. Even though he is the leader of the Seekers now, they do not see each other at homebase - something about thier mutual issues makes them at odds with each other.

Even when at odds with Iceciro, Midnight Solace has a cold, calculating approach to things, and will work with him to complete her assigned missions.