This page is mainly just a list of my characters that have Virtueverse entries so far (WiPs included), all on the Everlasting server. If you have ideas for fun RP plot lines or connections for any of them, feel free to give me a poke at my in-game Global @Arctique or on Discord at Arctique#2187 ! I've got a pretty open mind about RP and try to cover a wide range of themes when I can. 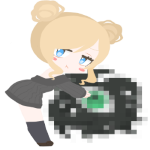 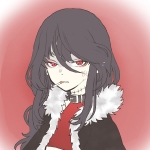 Angry monster that works for the Yakuza and has entirely too much trauma. 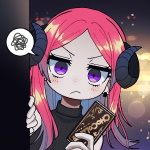 The daughter of an ancient Frost Giant who isn't so giant herself, with one hell of a sweet tooth. 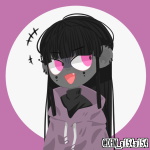 Upbeat young heroine with the weird and gross power over fungus and mold. She's making the best of it at least! 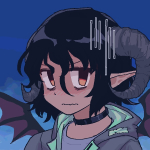 A young girl and her prehistoric dragon symbiote. Often turns into a massive kaiju monster. 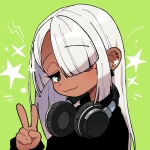 Member of the Nuclear 90 that was declared dead, but now hunts down the rest of the 90. 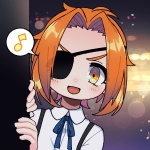 Oddball member of the Freakshow that creates her implants out of Nemesis robots, Goldbricker weapons, and... Trumpets? DOOT DOOT! 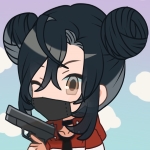 Trouble making New Yorker that really can be in two places at once. A lot more than just two places, actually... 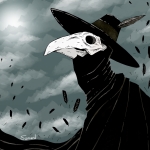 A strange doctor that works for the Skulls, specializing in preparing their iconic masks. 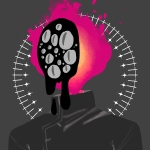 Terrible eldritch being of pure existential horror having fun with obscure in-game lore. 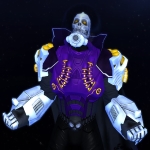 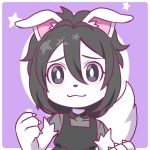 Adorable cinnamon roll dog girl that wants to be a big rock star, living as a struggling musician in Kings Row. 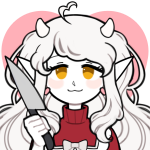 A powerful ancient demon from the depths of Hell... Who will bake you cookies, knit you woolly socks, and read you a bedtime story. 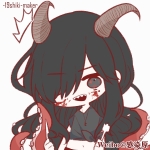 Dumb demon girl that just wants to eat everything (and everyone) she sees. Also one of Demom's "children."

Description: A newly formed group of misfit heroes lead by the mighty powerhouse "Villainous" and his four sidekicks. They're a group focused on providing a home for aspiring heroes that have been shunned by hero society, to prove that no matter if a hero doesn't fit the usual superhero mold they can still make some good in the world.

Description: The minions of the bumbling villain Lord Dreadnaut, made up primarily of fans of the Adventures of Astro Blaster cartoon from which Lord Dreadnaut came from. Generally quite incompetent and harmless, they more often throw parades in their leader's honor rather than committing any serious acts of villainy. However the equipment they carry is surprisingly advanced, giving them the potential to become a serious threat in the right conditions.

Description: A special pocket realm belonging to Fighting Gold, used as a safe meeting point for her friends and allies. Memoirs is a physical manifestation of the memories of Gold and her friends, as well as an expansive archive of magical knowledge. All accessible just by touching the shell of her pet turtle, El Presidente.

Description: A small heist team run by the Half-Jotunn criminal, Sweets. Specializing in a variety of bank robberies, jewel heists, and casino raids all for fun and profit.