Ethan Holloway was dead for an entire 68 minutes before being resuscitated by a team of morally-questionable medical researchers in the name of scientific discovery.
Unfortunately, only part of him came back. His soul remains trapped in a state between life and death, which gives him a unique control over the forces of both.
{ played by @Jon } 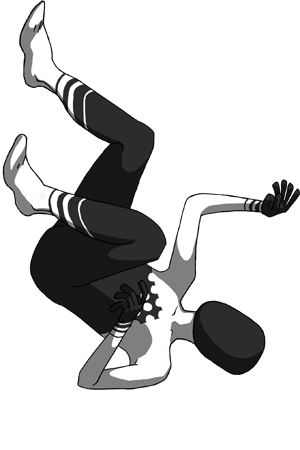 There isn’t a lot to say about the person Ethan Holloway was before his untimely death. He was relatively smart, and most people thought he was tolerable, but he never really did much with his life. He settled into his retail job early on in his 20’s despite always wishing he were doing something more meaningful. He had a few casual friends here and there, but he was never super close with anyone, and he hadn’t spoken to his family in years. When Ethan died, he was pretty much alone.

The night of his death, Ethan was working the late-night shift as usual. He would typically walk to & from work, as it was only a few blocks away from his Kings Row apartment. Ethan always loved those 2am strolls down the city streets when he could put on his headphones and listen to some music to tune the world out for a few minutes. The problem with doing that, however, is that sometimes you tune out something really important – like, say, the sound of a car about to run you over on the crosswalk. When Ethan learned this lesson, he died almost immediately upon impact. 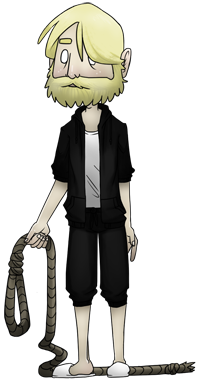 Ethan awoke just over an hour later on a lab table in a morgue, surrounded by a small group of young, wide-eyed scientists in white lab coats. They explained to Ethan that he died, and that they had brought him back to life. At first Ethan was skeptical, but he slowly began remembering the sensation of being hit by the car and feeling himself fade to black. He also remembered the feeling of being at peace, which the scientists had stolen from him by bringing him back. It devastated him.

The people who resurrected Ethan worked for Paragon City University in Kallisti Wharf, and for a while they had complete custody of Ethan. As far as the rest of the world was concerned, Ethan Holloway was dead and gone. His apartment was taken over, his possessions were all auctioned off, and his job was filled by a new employee. There was nothing for him to do but participate in whatever weird tests the researchers wanted to run on him while he waited for a way out to make itself available.

Ethan was told that he was resurrected without his soul, but he doesn’t believe it. How could he still be himself without his soul? Regardless, he certainly does have a connection to souls – he can sense when souls nearby are about to cross over from life into death, and he feels compelled to help them when it happens. He can also temporarily pull the souls of the dead into the world of the living, and he is able to manipulate the energies of life and death to both protect and destroy it.

The first few weeks in the lab, Ethan tried many times to take his own life to return himself to that state of peace he remembered feeling after his death. To his dismay, death doesn’t want to take him anymore. Each of Ethan’s suicide attempts has resulted in spectacularly comical failure, and to Ethan it has become sort of a disturbing game for him to entertain himself with in his new life. A part of him is very committed to figuring out what it would take to actually kill himself again for good, although he’s pretty convinced that there isn’t anything that will do it.

Eventually, the university staff was offered a substantial chunk of money from Crey Industries to allow them to run their own tests on Ethan for a while. Without thinking twice about it, Ethan was transferred to a Crey facility, where he was simply treated as property. They restrained him, kept him in a cell, and ran all kinds of invasive tests without consent. Nobody knew Ethan was even alive, and he began to lose all hope of ever being free again. It would take a miracle to escape. Lucky for him, though, Paragon City University did a terrible job at keeping the news of his resurrection a secret. He didn't know it yet, but people were looking for him.

It didn't take long for Ace, Occultist, Osiris, and Timeburn to infiltrate the facility that Crey was holding Ethan in. It turned out that they needed Ethan's help on an important mission to save a group of people trapped deep within the Hive in Eden, and to stop the Crystal Titan from destroying the entire city. Grateful & desperate to be free with nowhere else to go, Ethan agreed to help then in exchange for getting him away from Crey. They busted him out, and upon helping them defeat the Titan, Ethan decided to stick with the team (now calling themselves The Vanquishers) as the masked vigilante Limbo.

Saving people from the Devouring Earth with his new friends is the closest thing to peace Ethan has felt since the day he woke up on that morgue table. Now free from imprisonment, Ethan feels useful for the first time in his life. While he still longs for death, he is fully aware of how lucky he is for getting a chance to make up for his lifetime of mediocrity. And now, since he is still legally dead, Ethan is able to live under most people's radar on the fringes of society; it allows him to invest himself completely in his new life as a superhero to take advantage of this opportunity that he has been given to make a difference in the world, although some might say he's just in it for the inherent risk of potential death that comes with superheroing.

REPOSSESSED - Ethan returns to his old apartment to figure out what happened to all of his stuff after he died.

THE VANQUISHERS - The team that gave Ethan's new life a greater purpose. It's not just his big break -- it's the only real family he's ever had.

ACE (Justin) - Justin saved Ethan from being a human lab rat and then helped him become Limbo. Ethan trusts him more than anyone.

OCCULTIST (Ollie) - Ethan's roommate and best friend, regardless of whether or not Ollie feels the same way in return. Ollie's helping to find Ethan's soul.

FEVERBURN (Vic) - Ethan thinks Vic is a total badass... because she is. He gets a ton of entertainment out of the way she always speaks her mind.

TIMEBURN (Stas) - Stas, while also a total badass like her sister, is one of very few people capable of making Ethan feel embarrassed by his own ridiculous antics.

TRANCE (Rex) - Rex and Ethan have a lot in common, but Ethan's always been suspicious of the dude ever since he saw Rex mess with Osiris' mind in front of him.

INTERFACE - Ethan's got Interface on speed dial and calls him anytime he needs tech support. It's almost always something Ethan could just Google himself.

CAPTAIN SUNLIGHT - To Ethan, he's the weirdest dude on the planet. But in, like, a fun way, you know? Ethan has tons of respect for his environmentalism.

BLINDSIDER - Ethan used to be somewhat intimidated by Blindsider's mysterious persona... until he started talking to everyone through talk-to-text.

SPELL-SLINGER (Chester) - Chester is always around due to being Ollie's apprentice. Ethan keeps trying to rope the poor kid into his suicide attempts.

GUNFIGHT (Mabel) - When Ethan found out she has been alive since the 1800's, he was blown away. To him, she's one of the few people who understands him.

KNIFEFIGHT (Jude) - Like Mabel, Jude's immortality gives him a unique connection to Ethan. Despite this, Ethan's longing for death causes Jude a lot of stress.

BULLETPROOF (Neoma) - Ethan thinks Neoma is an enigmatic badass. He lowkey wants her to think he's cool, despite being fairly useless in combat himself.

STARR POWER (Eric) - The best thing about Eric, in Ethan's point of view, is all the free swag! Ethan owns a vast collection of Starr Industries sweatpants.

SIGNAL (Juliette) - Ethan's favorite space goddess & co-roommate. They have a ride-or-die bond that is strengthened by their shared resilience.

FLEX RODGERS (Felix) - Felix's gung-ho attitude and upbeat persona makes him one of Ethan's favorite teammates. Not many others can keep up with Ethan's recklessness.

FIRST PLAYER (Miles) - As one of the people funding the Vanquishers, as well as a superhero gaming celebrity, Miles is someone Ethan secretly hopes to impress.

HIGH SCORE (Casey) - Like Miles, Ethan sees Casey as a celebrity powerhouse that he wants to impress. She's definitely the more intimidating of the two.

REANIMATOR (Dr. McCobb) - Dr. McCobb is responsible for bringing Ethan back to life, and cursing him with immortality against his will.

SLASHER (Mason) - A malevolent spirit empowered by Satan with an insatiable bloodlust. Despite Slasher being irredeemably evil, Ethan still wants to help him find peace.

VEXX VANDAL - A professional hitman hired by Ace as a Christmas present to repeatedly attempt to assassinate Ethan. If you ask Ethan, he'll say he & Vexx are close friends.

"What's Good" by Tyler, The Creator

"Woe" by Say Anything 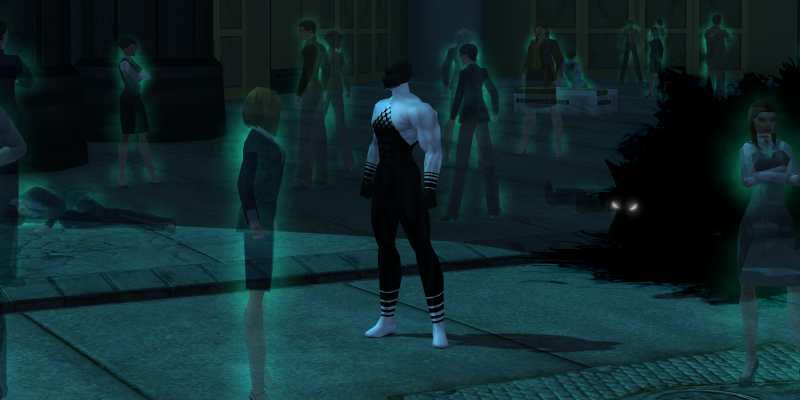