Paragon – Hirto Kahnawake, a hero who goes by the code name Iroquois (from the native tribe he derives from), made a brief statement earlier today that the famous Doctor North is dead. He held up an unencrypted electronic communication sent out from the Rogue Isles as proof. The email, containing a digital signature that had been previously linked to the terrorist group known as the Supreme Society. The memo contended that Doctor North had been decapitated, beheaded and then set on fire.

Officials of the Phalanx and Freedom Corps have verified they intercepted a similar transmission but they are verifying its validity.

Iroquois however claims that communing with the “Great Spirit” has revealed Doctor North “no longer walks in mortal form”. Experts at MAGI would not return this reporter’s phone calls when asked about the subject. Weatherby Goode had reporter earlier this week that the Supreme Society had captured Doctor North by invading his home nation of Cobiness. He has since gone on to televise several editorials during his Channel 7 newscast to plead a case for the new Arctic nation and demanding Doctor North’s safe return. 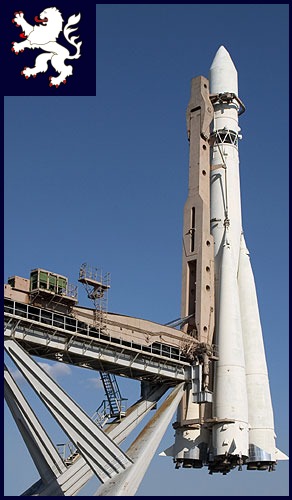 The nation of Cobiness plans to launch a a satellite via a fusion rocket on March 13, 2009.

Doctor North is best known as the “psychiatrist of supers”, a Nobel-prize winning psychiatrist who linked psychological stress to the formation of meta-powers. He documented the strange obsessions super-heroes and super-villains manifest in a paper titled: “The Suppression of the Id in the Super-Hero Complex”. North was also instrumental in the Rikti War, and he was (until recently), a beloved figure in Paragon City.

Doctor North became a controversial figure when he agreed to aid and publicly support the new fledgling nation of Cobiness. The nation had been accused of funding rebels in the peaceful nation of Tyranabillus and launching scientific research to planet Mars without international approval or oversight. It is also mysteriously funded, and some occult experts claim the sources of those funds are arcane and dangerous.

Meanwhile, the nation of Cobiness announced yesterday that it will launch a new satellite into high-orbit this Friday (March 13, 2009). This has caused outrage again amongst the scientific community, who claim the rocket launch violates International space laws that insist on the registration of all satellites to avoid orbital collisions and to ensure the purpose of the craft is benign to other nations. Trevor Bolton of the European Space Administration (and former citizen of Tyranabillus) has written a public memo saying he has evidence the rocket launch is a cover, and is in fact, a weapon to be tested by the Cobiness government.

Freedom Corps and the US Government has announced they will do nothing to prevent the rocket launch, but expressed regret that Cobiness is not cooperating more thoroughly. They also expressed security concerns, given how the Supreme Society was able to invade and penetrate the nation’s weak defenses with relative ease.

As of this writing, Doctor North's whereabouts remain a mystery. Law officials commented briefly: “Doctor North is officially logged as a ‘missing person’, until proof of his death can be assembled,” Lieutenant Biggles told Paragon Times earlier this morning.

Doctor North is survived by an adopted son who goes by the code name Chaos Red. He is currently serving a 10-year sentence at the Ziggurat Prison for numerous thefts and a probation violation. Prison officials refused access to Chaos Red, but unsubstantiated reports claim he had to be placed under heavy sedation after witnessing the Iroquois press conference that alleged the Doctor's death.