In 2008, the pursuit of true self-government for the native people of North America took a quantum leap, when a tiny northern region of Baffin Island, declared their independence.

HISTORY OF THE NATION'S BIRTH

Cobiness came to existence after a loud and well-funded native rights movement.

The movement was led by Harvey Cobiness; a descendent of Eddie Cobiness (famous Ojibwe artist and activist). He had moved to Nunavuk for the specific purpose of increasing the autonomy of the native people in the region. He believed that due to global warming, that the northern islands of Canada would become much more accessible and that their precious and largely untapped natural resources could fuel an unprecedented economic boom for the Inuit people.

He resented the Candian government's movements to militarize the arctic (especially since their was little to no compensation to the native people who had live in the region for centuries).

Harvey’s politics and his methodology were not without controversy. He was accused of “radicalizing” the native rights movement – and the RCMP linked Harvey to wealthy organizations with foreign interests. Harvey scoffed at the accusations, and noted that the American Revolution sought and received financial and military support from France and other foreign countries. He was simply, doing whatever he could to “liberate” his people.

Harvey’s break came when a rich uranium vein was discovered just north of Arctic Bay on Baffin Island in 2004. The Canadian government, placed federal claim on the resource almost immediately, but a horrible mining accident poisoned the fish and wildlife of the region. The natives of the region were outraged; and Harvey’s well-funded independence movement was given “center stage”, as the key opponent and critic of the disaster.

In late 2008, a formal referendum in Baffin Island was held to vote on direct severance to Canada, and establishment of an independent government. The referendum failed to pass, but the regions in and around Arctic Bay that had suffered most from the accident, voted overwhelmingly in favor. Harvey established a small militia and claimed that the region in and around Arctic Bay were seceding from both the provincial and federal government.

There was a large standoff between the Canadian government and Harvey Cobiness and tense negotiations began, reminiscent of the “Oka” crisis 15 years earlier.

The final catalyst for independence was wrought, when Canadian forces fired upon and killed a small group of teenage protesters in Arctic Bay, amongst the casualties was the charismatic and beloved Harvey Cobiness himself. It became clear the Canadian government had ordered Harvey’s assassination, and that the plan backfired and Harvey and several teenagers were killed as a result.

The international press vilified the incident, and the television highlights of the massacre instantly brought fame and recognition for the cause. Canada, suddenly facing sanctions and resolutions from the United Nations, finally relented and on January 1, 2009, the region was granted full independence.

The nation quickly adopted the name “Cobiness” in honor of the revolutionary leader that had died to bring them independence. 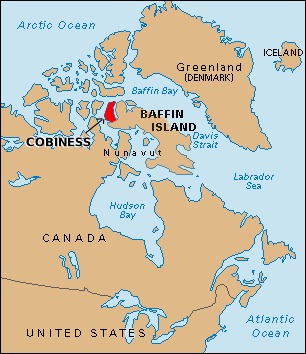 The nation of Cobiness was granted independence and given international recognition on January 1, 2009.
Shortly after independence was established, it became clear that the region had received massive support and funding for years from unknown and mysterious sources. For example, it was revealed the uranium veins that was discovered in 2004, were due to an exploratory commission funded by an international illuminati.

To the utter shock of the whole world, it was even discovered that there was a hidden underground scientific laboratory and a rocket launching pad, hidden inside the mountainous regions of Cobiness.

The region had even secretly funded its own exploration of Mars, tapping into one of the greatest scientific discoveries in the history of man; but keeping it secret.

It was ridiculous that a small arctic island, where the largest “urban” population was numbered at just 1000 people, could launch a mission to Mars. Clearly, someone, or something was taking an active interest in the region and developing their technological capabilities at a rapid pace.

The population exploded shortly after independence was established, as thousands of ex-patriot scientists from around the world declared their citizenry. It was also revealed at a large urban center had been built underneath the tundra, again funded by an illuminati of mysterious origin, and had on its payroll a secret scientific enclave.

The local economy has surged due to the scientific research facilities, and many Nunavik natives outside the immediate border of Cobiness have sought immigration status into the nation. The nation also announced it had a 2 Trillion dollar surplus and that it was actively investing this money in infrastructure and increased technology. It also promised a unique “defense scheme” and vowed it would be one of the few nations on Earth without a military.

With this “overnight surplus” the nation also announced that sealifts and an extended airport were under immediate construction; as well as the establishment of safe uranium extraction techniques that are believed to be world class.

The controversy with the nation stems from the mysterious origin of the group of investors who funded such massive (and apparently) secret development of the region. These same investors seemed to also fund the independence movement and helped sway international opinion and political organizations to be sympathetic to their cause. There is a lot of speculation, but very little facts. Some have even speculated that the illuminati that funded this “revolution” are in fact aliens, from another part of our galaxy. This might explain the precision and ease at which Mars Five was discovered.

There are also those who believe Cobiness is arcane in nature, tied directly to northern mythology and even Viking lore. There was some evidence Viking explorers had somehow made it to the frozen wastelands, and their remains were recently discovered and are now a treasured “asset”. All of this is “rumor”, the real fact is nobody knows how and why a tiny Inuit island is suddenly a world leader is space exploration and other scientific endeavors and apparently has trillions of dollars in wealth.

Lacking the infrastructure to support a legitimate army or navy, the nation of Cobiness formed a group of super-heroes and began to recruit mercenaries and vigilantes to defend their nation and to fight villainy.

That group is now known as Alpha Squad.

Cobiness has stretched International laws to their limits, by making each member of Alpha Squad members of their diplomatic corps, ensuring that all members of the group enjoy diplomatic immunity.

The group is lead by Doctor North but the day-to-day management of the group is run by Cobra Fist. 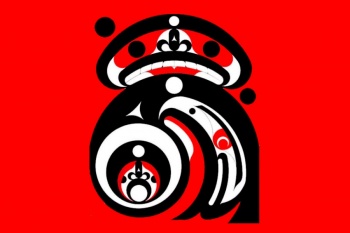 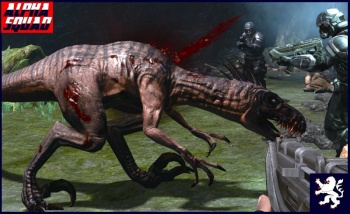