Battle for the Multiverse 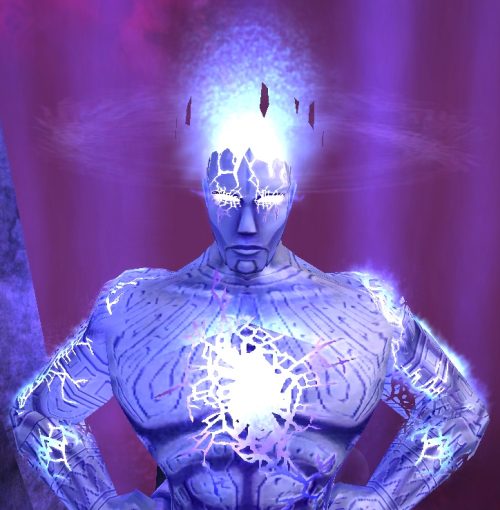 The Battle for the Multiverse occurred on 30 November 2012 when Rularuu the Ravager, by means currently unknown, managed to escape the Shadow Shard for a period of seventeen hours. During that time, he devoured countless dimensions (including several variations of Primal Earth) and increased exponentially in power with every world he swallowed.

After consuming innumerable shards, Rularuu and his horde arrived in Primal-11, the dimension home to the likes of Ascendant, Susie-Bot, Seadevil and The Widowed. He appeared, without warning, in the center of Atlas Park, where his armies ran riot on the streets as he began his process of consuming the shard. However, he was met with considerable resistance, as heroes, villains, rogues and vigilantes set aside their differences to face the greatest threat of their lives. Initially, this appeared to be a losing battle, as hundreds fell to the Ravager and the dimension began to collapse, causing serious disturbances in time and space.

While thousands of combatants combined their efforts to distract Rularuu before he could absorb their world, The Phantom Visage was tasked with locating the Book of Rularuu and, with the assistance of hundreds of mystics aligned to the Midnight Squad, using it to banish the demi-god back to his prison in the Shadow Shard. As he did so, the hero Xanatos and the rogue Mr. Mud, guided by the master tactician Nimrod, organised a last-ditch assault against the Ravager within the grounds of Ziggursky Correctional Facility, where Baron Blitzman gave his life to free the many superhumans incarcerated inside so that they might join the battle.

Ultimately, Rularuu was subdued long enough for the Visage to finish his ritual (though the immense power required to do so destroyed him), and Primal-11 was saved. In the aftermath of the battle, thousands lay dead on the streets of Paragon City, including Xanatos, Charon, Springfist and Nimrod. Hundreds more, including Mr. Mud and Mindswipe, simply disappeared and are currently presumed dead – though the genius Professor Ape has suggested that the disappeared may have been accidentally transported to a hypothetical dimension he has dubbed "Primal-13."

Efforts to rebuild Paragon City took several years, and the event inspired several individuals to become superheroes and/or to create initiatives to prevent such an attack from ever happening again (such as The T.E.A.M.). How Rularuu managed to escape the Shadow Shard remains a mystery. Several gestures have been made to honor the fallen. A memorial garden ("The Seventh Gate") now stands in Seven Gates, Brickstown, while Portal Corporation has changed its codename for Primal-11, formerly "Virtue", to one that reflects its miraculous survival against all odds: "Everlasting."