@SoulTrain is my global moniker for City of Heroes/Villains. I also have a second account @SoulTrain2.

I'm based in Irving Texas, rather close to the D/FW airport. Virtue is my main 'base of operations' although I have other characters on Triumph (4), Liberty(5), Guardian(2), Pinnacle(2), and Victory(3). I have five level 50's (SoulTrain, Feral Tigress, Daisy Chain, Mistress Ohm, and Dame Demolition aka Lucretia de Loccia). 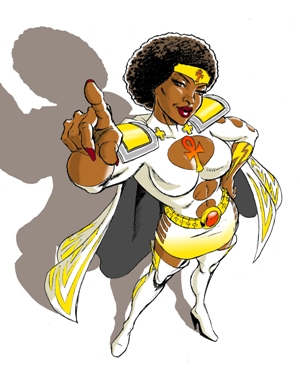 I can get vocal about things, sometimes. The latest topic? Insensitivity on the Virtue forums, or forums in general.

Now, I understand that not all of us are adults, age-wise. That's a given.

However, I am assuming that MOST of the regular posters are indeed of legal majority ( => 21 ) and are thus entitled to drink, vote, enlist in the military, and agree to EULA's.

Which means everyone on the forum is old enough to interact with others in an adult manner.

The question is, why do they suddenly lose this ability when it comes to forums? What makes it OK to treat perfect strangers like crap, when they probably wouldn't dream of doing so in person? Is it because they're hiding behind a keyboard?

To me, this is a character issue. Yes, I pretend I'm someone else, and are more often than not "in character". But, the character I am in still has to conform to "thou shalt not be an asshole". Those posts attributed to other screen-names were entered by PEOPLE, not computers or scripts or alien visitors. If we were all face to face, yeah there'd be laughing and joking around, but there would be things that you just would not say. Yet, it seems that there are no real limits when it comes to forum activity, and that it has suddenly become "OK" to ridicule people just because one CAN.

As I said, this is a character issue. Not as "are you in character?" but "do you have character?".

All we have to go on is what we type/dictate/blog/twitter to each other. And if we leave integrity and respect at the login screen, then we cannot in any sense expect to BE respected, either.

By the way, this is why people like Spartan think y'all's feelings are a joke. Hell, he probably thinks MY feelings are a joke. But that's the way he is, he lays it out quite plainly, that unless you have the balls to keep it real, then you're not worthy of his respect. And I must agree with the man (even though I think he takes it to an extreme I'm not willing to go) that respect is a two-way street. To get it, and keep it, you must be willing to give it.

For anyone who would like to use my layout for their user pages, a stripped down template is available. Or, you can use this fancy automated version, courtesy AlwaysAPrice.